This project included the replacement of all 25 existing courts at the Phoenix Tennis Center with new post-tensioned concrete courts. The original courts were at the end of their lifespan and concrete cracking was affecting safety and playability. The complex is often used for tournaments requiring high-quality surfacing.

The work included demolition of the old courts, fencing, landscaping, drainage and site amenities. The work was completed under three separate phases with separate contracts to allow for continuous use of the facility. The earlier phase included general oversight, scheduling and management of separate City of Phoenix JOC contractors performing the electrical, fencing and concrete work. In subsequent phases, Valley Rain provided the specialty subcontracts under our contract. Value Engineering was included to re-use demolished concrete by crushing into new base material instead of pouring new courts over the existing cracked courts as originally designed. Valley Rain used Trimble 3D Modeling software to establish and control the grade of the site. 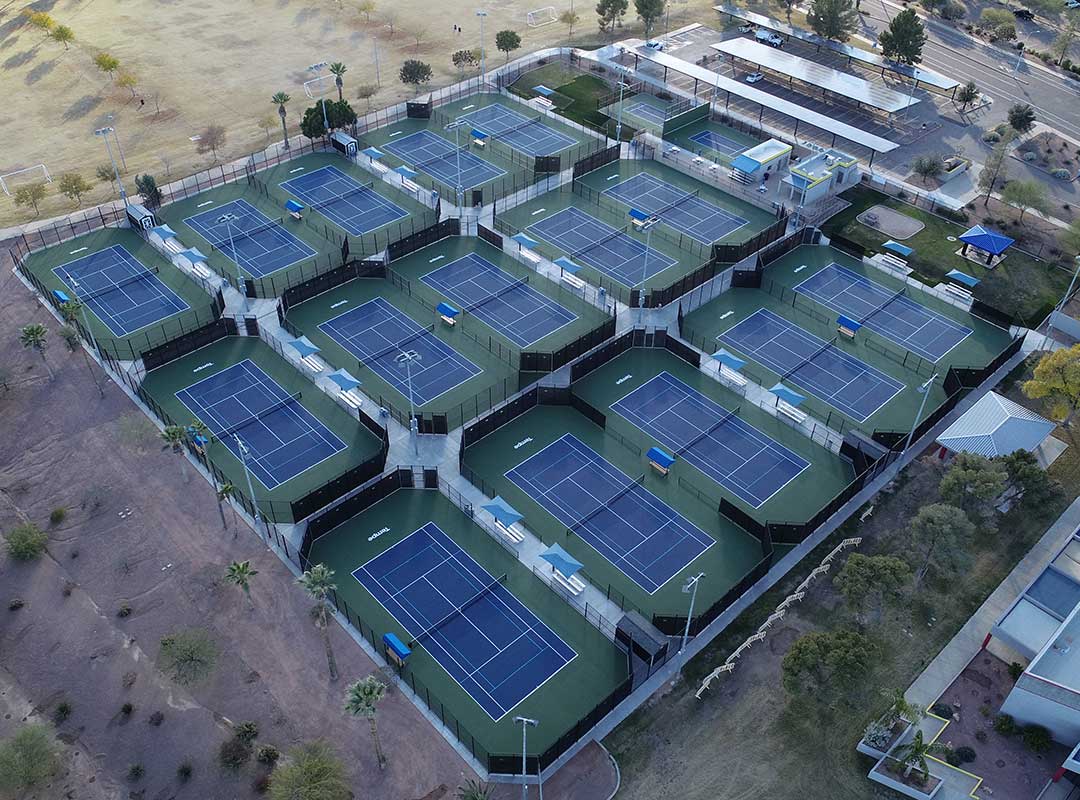 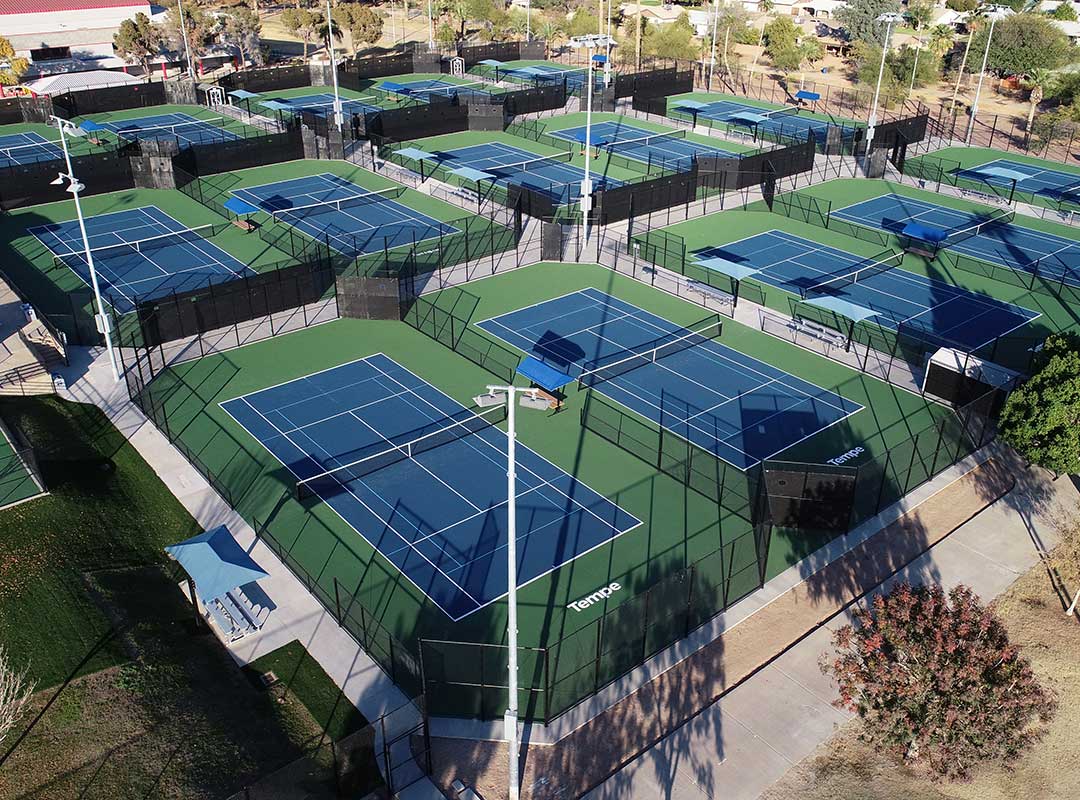 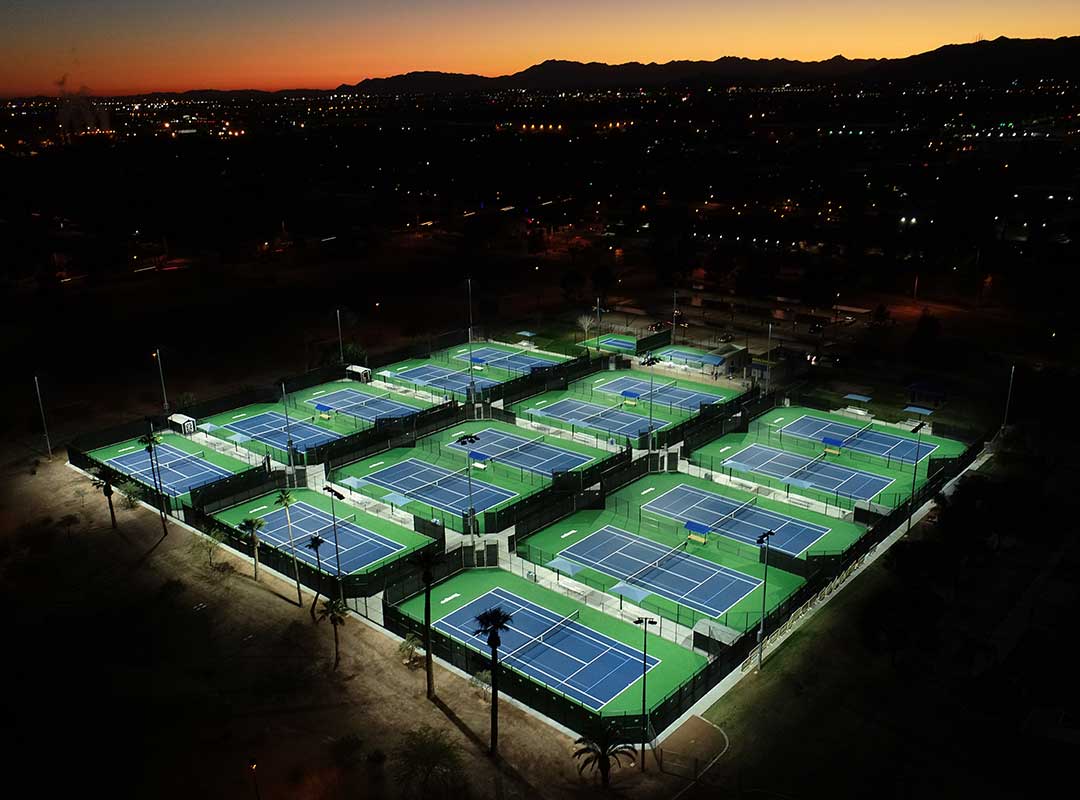 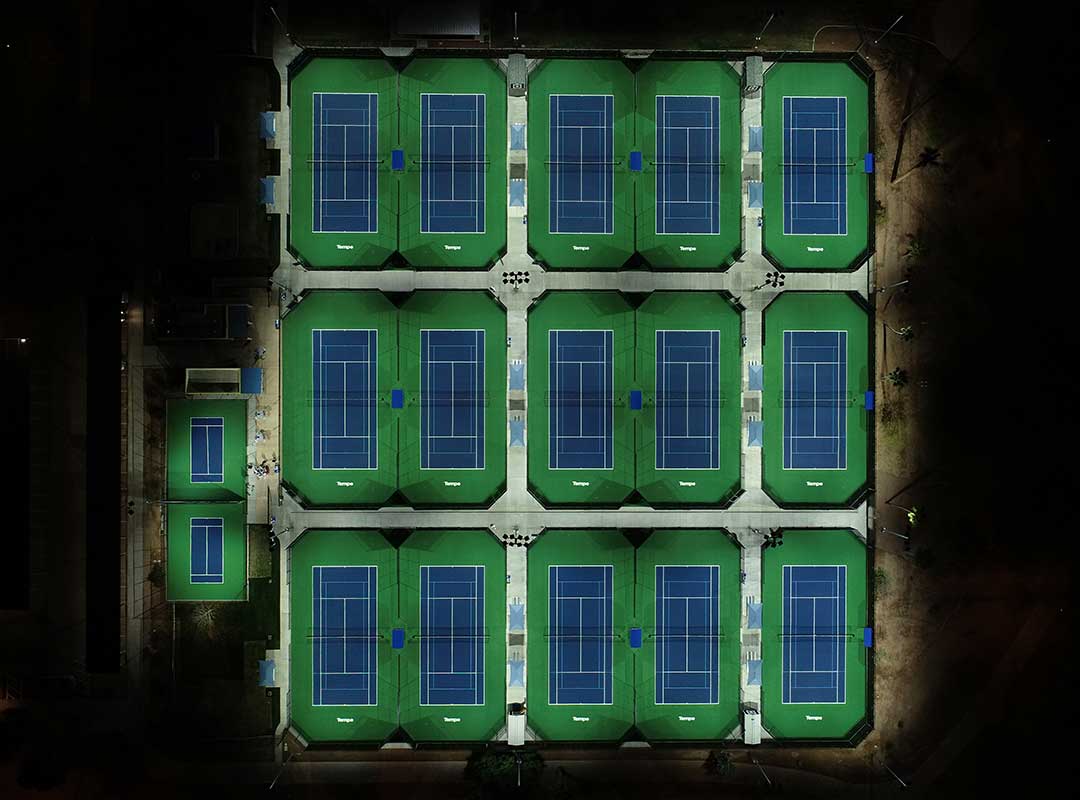 Does your athletic court project have a limited budget? We can help. 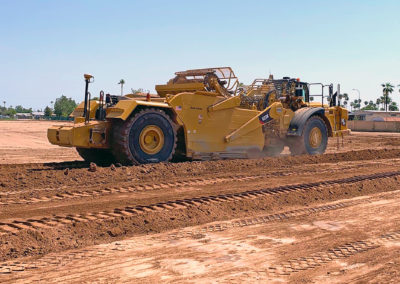